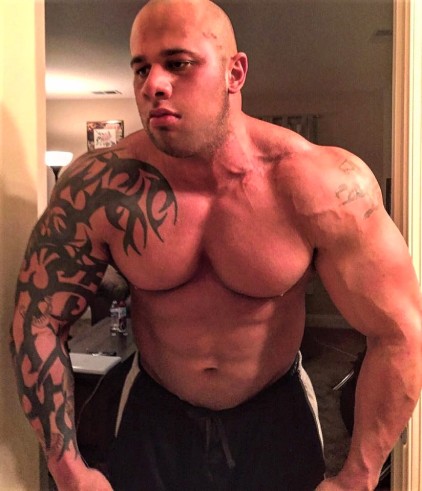 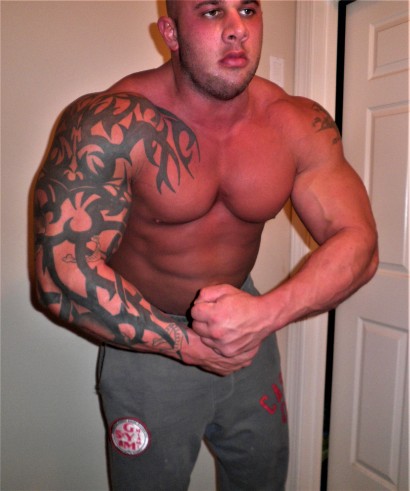 Some slaves try as hard as they can to resist me.  They try to fight the urge as much as possible but always give in.  It’s in their DNA to serve and worship a straight alpha male especially a jacked cocky one like myself.  They always end up on their knees begging me to acknowledge them.  Then they beg me even more to take their cash while they sniff poppers.  Some sniff poppers then smoke crystal meth which makes them even more vulnerable to me.  Over the past few months this slave would randomly message me send me some fag cash then run away like a bitch.  The slave would see a picture of me somewhere online or read one of my blog posts which would make it instantly realize how inferior it was to me.  Over time my alpha superiority turned this cunt into a human ATM.   Every time it contacted me it sent more fag cash than the previous time.  The other night it finally gave in to me completely.  The faggot literally showered me in fag cash.  It sent tribute after tribute so fast that I couldn’t even keep up with counting it.  While my bank account kept filling up the slaves bank account plummeted.  The faggots bank account eventually was totally drained and ended up in the negatives.  The fag went from having a ton of cash to having absolutely nothing.  It told me that the only thing it had in its house to eat for the week was a stale loaf of bread and a few packets of ketchup.  When it told me it nothing to drink I laughed then told it to drink toilet water.  I told the cunt to drop to its knees in front of its toilet dunk its head in and drink like a dog would.  If I lived near the faggot I would take a hot steamy piss in its mouth when it was thirsty.  Even though the faggot was financially drained it didn’t seem to care one bit.  It kept going on about ways it could make me more fag cash until it gets paid again.  Like every faggot it realized that I’m the definition of an alpha god and was born to be worshiped.  It told me that it keeps fantasizing about leaving its pathetic life behind so it could permanently live in a dog cage in my basement.  It knows that it deserves daily beatings and hardcore abuse from me.  I plan to whore the faggot out in Atlantic City and in my basement.  It wont be long until the faggot is completely brainwashed and dehumanized.  I’m going to get the faggots disability money that it receives every two weeks and have it direct deposited into my bank account.  Its not like the fag is going to need the money anyways.  I’ll feed it cheap canned cat food if its a good a faggot.  For the first time in its life this faggot is going to be useful to somebody.  It won’t take long for the slave to know that serving me is the only thing that matters in life.  I’m going to train the slave to obey every order I give it no matter what it is.  It’s going to have its life changed for the better and will submit to my alpha superiority.  If you think that I’m irresistible online you should see me in real life.  My size and deep cocky voice alone would make you piss yourself.  Get your bottle of poppers out and serve me now fags.  Stop fighting the urge and just give in to your natural desires.  You were born to serve superior alpha males.  You really are a submissive bitch in my eyes and will be put in your place like every other faggot that has had the privilege to serve me.

“THANK YOU FOR TAKING ALL OF MY CASH SIR”