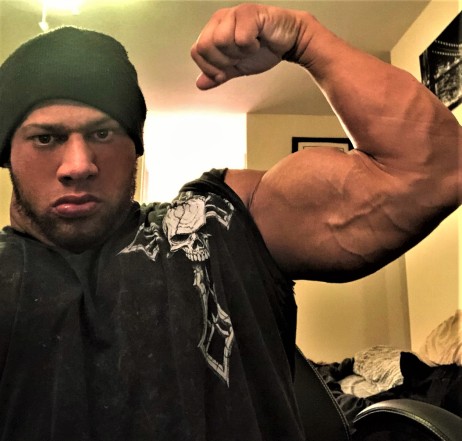 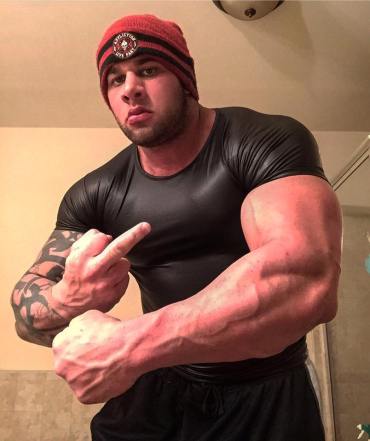 Faggots grow weaker and weaker in my presence.  I make them realize the truth and wake them up to reality.  A few sniffs of poppers instantly rewire a faggots brain.  The more a faggot sniffs the weaker it becomes.  Total and complete anniliation comes when I start making the slave do popper countdowns.  I’ll do several countdowns while the slave sniffs poppers the entire time I count.  I’ll get them so fucked up that they literally turn into human wallets and hand over as much fag cash as I order them too.  They’ll even pay my bills and buy me clothes and whatever else I want from Amazon.  They always thank me for draining them and know they were privileged to serve me in the first place.

The second they see me and hear me on cam they know I’m a legit straight alpha male that has been worshiped by everyone my entire life.  My deep cocky voice sends chill through their bodies and makes them even more submissive and obedient.  While they sniff poppers they obey every single command I give them without question.  They know their fag cash is better spent on me and that they should be living with the bare minimums in life.  Some faggots have even gone competely bankrupt after handing over everything they had to me.  Every faggot should be truly broke in life living in a homeless shelter eating from the soup kitchen or better yet a fast food dumpster.

Faggots should all feel the drain and should be milked for as much fag cash as possible.  Poppers were obviously created for faggots in the first place.  They release special chemicals in a fags brain that makes them as submissive as possible and makes them realize that they exist to serve straight alpha men every way they possibly can.  They know that they don’t matter in life and would be on the bottom of the food chain if this was the wild.  Most start sniffing poppers on a daily basis because its the only way they feel normal anymore.  Once they realize that they exist to be property theres no turning back ever.  The popper addiction grows and grows.  Soon they start bringing a bottle everywhere they go and even sniff poppers at work.  They start going to random reststops and gloryholes to trick and make extra cash on the side.  I’ve heard many stories like this from multiple faggots all of the time.  Fags will do anything they have to do in order to please me and to make me as much fag cash as possible.  When they worship and serve me they know deep down that they exist to serve straight alpha muscle.

I’ve seen multiple popper sniffing faggots turn into full use toilets while I cashrape them.  This one popper sniffing shit pig used to sniff poppers until it was about to pass out.   It would then squat over a plate and take a monster shit on it.  It would then sit back down sniff more poppers until I ordered it to feast on its own shit log.  Without any hesitation the poppered up shit pig would eat its own shit in record time without even flinching.  The faggot then started mixing its own shit and piss in a blender and blended shit shakes to drink on cam.  The faggot would popper up then chug down the shit shake like it was drinking water.  This faggot was the definition of a shit pig. The faggot even told me its paid doms in real life to puke on it so it could squirt.  The next task I gave this faggot was to go find a homeless man and pay him to sit on his face bare ass and shit in his mouth.  The faggot told me it can’t stop thinking about eating homeless shit now and plans to do it in real life really soon now.