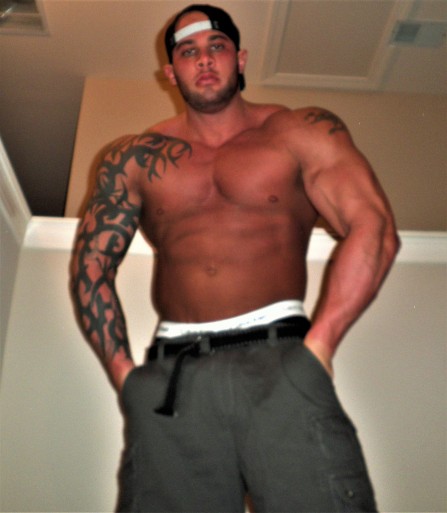 I cashraped this pathetic latex faggot over and over again last night.  This disgusting faggot approached me on Skype begging to be degraded and humiliated by me again.  It was already fumed up on poppers like usual.  It had a full body latex outfit on that made it look like the Gimp from the movie Pulp Fiction.  The faggot had its creepy looking rubber mask on probably to hide its even more repulsive looking face.  The latex faggot kept telling me how powerful and dominant I am and how it can’t resist me no matter how hard it tries.  I just kept telling the faggot to sniff its poppers so it would become weaker and weaker.  The weaker the latex faggot is the more fag cash it  dispenses like an ATM machine.  I really wanted to drain this latex faggots bank account to the point of bankruptcy and homelessness.  I tell every faggot I financially ruin to find a homeless shelter to sleep in and a soup kitchen to eat from.  They could even eat out of a dumpster at any fast food restaurant if they really needed too.  Water is even easier for latex faggots to find.  They could drink water from their toilet or go to any public restroom and drink all the toilet water imaginable.  The more I fumed up this latex faggot the more it understood reality and why a straight alpha god like myself deserves to live in luxury while it deserves to suffer and have absolutely no luxuries ever in life.  Serving me is the only happiness it ever needs to experience.  The only thing a latex fag needs is a bottle of poppers to sniff.  This latex faggot has been sniffing poppers since the 70’s-80’s.  It is borderline retarded from all the popper fumes its inhaled.  I think it even gets benefits from the government because it’s considered mentally handicapped.

The latex faggot is also a full use toilet and septic tank.  A few sniffs of poppers turns it into a full blown shit pig.   I can never stop laughing at this subhuman toilet pig while I count it down on poppers and take all of its fag cash.  Poppers have rewired this faggots pea sized brain for the better.  The latex faggot is pretty much dehumanized and knows it should be caged up like an animal stripped of every single human right that exists.  The latex toilet pig always has one huge black dildo rammed up its cunt and another stuffed down its sissy throat.  The latex pig knows that it’s an omega faggot which is the lowest faggot that could exist.  I plan to really bankrupt this latex fag for good so it ends up homeless in the ghetto somewhere.  Latex faggots should all be living underground in the sewers like rats.  The latex faggot would probably put its latex heels on and work the corner at night.  There’s nothing that this shit pig wouldn’t do.  It has absolutely no limits at all and would drop to its knees and eat dog shit if instructed too.  The faggot craves my huge alpha muscle and is totally addicted to me dominating humiliating and abusing it every way imaginable.  The latex faggot wants me to destroy it and mind fuck it even more now.  It’s finally going to fill out my blackmail form with all of its personal information in detail.  I’m going to have complete control over the latex faggots pathetic life now and won’t hesitate to ruin it.  If the latex fag fucks up even one time its entire life in detail will be posted all over my website.  There’s absolutely no escape for this pathetic latex faggot now.  It’s now my personal ATM for the rest of its pathetic life.

SNIFF UNTIL YOU GO BRAIN DEAD

LATEX SISSIES BELONG IN THE POORHOUSE

THE DEFINITION OF AN OMEGA FAGGOT