This latex faggot freak that I’ve ruined before messaged me and begged to be cashraped and exposed again.  It always crawls back to me like an abused animal because it knows how powerful and superior I am.  The faggot kept telling me how much it hated itself over and over while it sniffed poppers like a typical faggot bitch.  I told it that it should hate itself and that it solely exists to serve me.  If it was up to me the latex faggot would be living in a cage in my basement in darkness.  I would leave that filthy freak down there to rot in its own shit with a bottle of my alpha piss to drink and a bottle of poppers to sniff.  I drained this pathetic faggot pig while it sniffed poppers non stop for hours.  I wanted the faggot to sniff until its nose started to bleed.  It even sniffed two bottles of poppers at the same time.  It had a bottle of poppers up each nostril trying to get as fumed up as possible because it knew I was going to ruin it’s already pathetic life.  I’m surprise this latex faggot even has any brain cells left.  Poppers have definitely rewired this faggots brain and opened it eyes to reality.  The reality that faggots are not men and solely exist to be cash ATMS to alpha males like myself.  I told the faggot that its latex mask is repulsive and makes it makes it look like some type of gay serial killer or child molester.  The latex faggot told me that its starting to have serious stomach problems from all the cum stuck in its digestive track from sucking so much cock at random gloryholes.  A doctor recently told the faggot that she’s going to need her stomach pumped out.  This latex faggot is nothing more than a walking STD from taking so many cocks bareback up its fag pussy.  This faggot needs to be put down for good and truly deserves a shot gun shoved down her throat.  It kept begging me to expose it and show everyone how disgusting and repulsive it really is.  It wants to teach other faggots that they are all inferior scum that solely exist to serve straight alphas anyway they possibly can.  It knows first hand that I’m the biggest baddest most sadistic alpha male alive and that no one can make it truly suffer and hate itself more than me.  It knows that flaming latex faggots deserve nothing but pain and destruction every way possible.  This popper sniffing latex pig has sniffed so many fumes over the years that it barely functions anymore or thinks like a normal human being.  The popper fumes fried this fags brain almost completely.  Its considered disabled and mentally retarded by the state that it resides in.  I transitioned the latex faggot into an animal that belongs caged up in a zoo.  I would take this repulsive faggot and throw it in the lion cage at the zoo personally.  It sent me a video to post on my blog which shows everyone how repulsive and hideous it is and how it deserves to be castrated.  I would love to personally take my machete and perform the castration myself.  The latex faggot would feel so humiliated afterwards it would do everyone a favor and finally jump in traffic with a bottle of poppers up its fried nose. 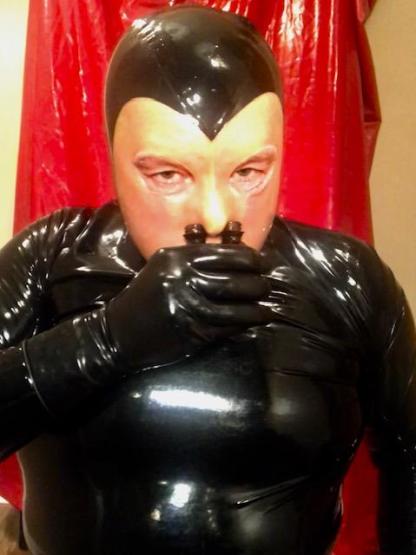 HOW EVERY FAGGOT SHOULD SNIFF POPPERS TAKE NOTE