THE DEFINITION OF AN ALPHA MALE 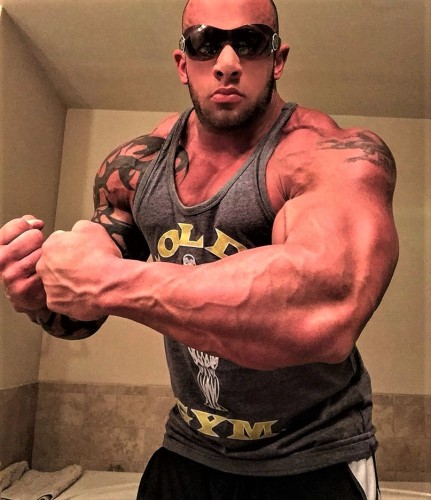 When a faggot is high on crystal meth its even more submissive and pathetic than usual.  They beg me to take their cash and drain their bank accounts while they sit on cam all tweaked out smoking their meth pipe.  Meth faggots stay up for days at a time tweaked out begging to serve and worship me.  I’ll sign onto Skype and get a message from a methed out faggot that I cashraped the previous night begging me to cashrape it all over again.  Sometimes I drain them for multiple days non stop.  The crystal meth makes every faggot realize that they are truly inferior and exist solely to serve alpha males.  The other night I cashraped this faggot that’s high on meth every time I talk to it on Skype.  When the cunt sends me its cam It’s always naked with its micro clit locked in chastity.  It told me that its been wearing a chastity for almost a year straight and already lost over an inch on its useless fag dick.  The slave then went on about its teeth and how they are starting to space out and will soon start rotting out completely from all the meth that it smokes.  The slave was in some hotel room waiting for this older Arab meth faggot to arrive.  The older faggot is its “master” in real life even though no cash is involved.  While draining the methed out cunt It told me how the Arab fag master smells like shit because it never showers.  The slave said that it feels totally humiliated when the Arab faggot sits on its face because its asshole smells like a shit that took a shit.  When it’s really high on meth the Arab fag master turns it into a full use toilet.  It eats the Arab fag masters shit then licks its hairy asshole clean with its tongue.  I have a strong stomach but I seriously gagged when the faggot told me that.   The higher the faggot is on meth the more submissive it gets.  I made it smoke so much I could see it shaking on cam while sweat poured down its face.  It kept sending me tribute after tribute.  The slave then received a text on its phone.  It was the Arab fag master telling it that it would be at the hotel in a few minutes.  I told the faggot to have fun eating dirty Arab asshole made it send me another tribute then dismissed it.  The next night I was online the meth faggot messaged me again and wanted to serve.  It sent me more fag cash then sent me its cam.  It was in the same hotel room still awake from the previous day and was still all tweaked out on meth.  It told me the Arab fag master just left and that it needed to serve a REAL alpha male. The meth fag told me the entire hotel room smelled like a filthy public restroom and that its entire body was all wet and sticky from getting pissed on non stop.  The taste of rotten asshole was on its breath and ass hairs were still stuck between its teeth.  The faggot was shaking from all the meth that it smoked.  It was still taking hits from its meth pipe while I laughed and humiliated it non stop.  I drained more cash from the faggot while it sat on the ground with its micro clit still locked in chastity.  The cunt begged me to take a few pictures of it so I could post them up on my blog and exploit it some more.  I drained more cash from the meth faggot and turned it into a human ATM while it smoked meth non stop.  While I was dominating this faggot another meth faggot ATM that I humiliate on a regular basis messaged me and wanted to be used too.  I did a three-way call and dominated both faggots at the same time while both of them smoked meth non stop.  The other faggot told me that it started smoking meth when it woke up in the morning and has been high all day long,  I had both of them smoking at the same time and ordered both cunts to shower me in more fag cash.  You could hear both of them lighting their meth pipes up with that torch like lighter that meth faggots use.  Both meth fags were even more submissive and pathetic when they could see and hear each other while in the three way call.  Two scrawny pathetic methed out cunts serving a straight alpha god.  I showed both cunts no remorse and made both send me tributes non stop.  Crystal meth really makes faggots realize their place in life.  They literally turn into human ATMs and will send me every dollar that they have.  They deserve to be drained and put in the poorhouse where they belong.  Every inferior cunt belongs on their knees serving me.  Finding a REAL straight dominant alpha god like me to serve is like finding a needle in a haystack.  Men like me don’t exist anymore in this pathetic feminized society.  Every faggot/beta that serves me realizes that the moment they worship me on cam.  My huge jacked muscles and deep cocky voice makes every inferior cunt drop to their knees where they belong.  Everyone becomes my bitch without me even having to try.  I’m on top of the food chain and always will be.  No one will ever compare to me no matter how hard they try.  Dominance is something that just comes natural it can’t be taught.  Slaves easily see right through beta males that try to act like dominant alpha males. 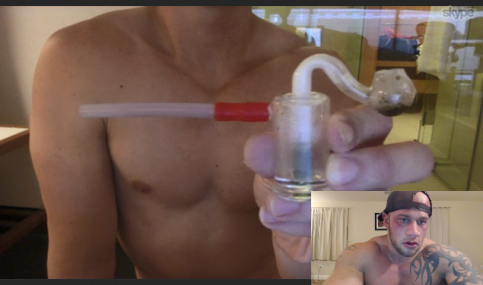