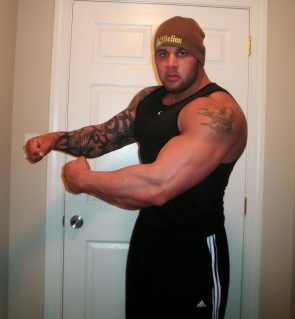 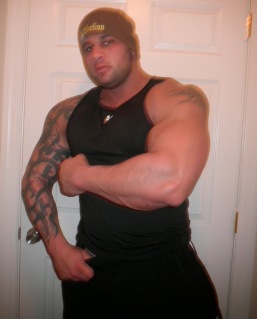 I’m always living the life of a playboy stud.  Most peoples fantasies are my reality.  Women flock to me while beta males watch me in awe.  There’s always a few “wannabe” alphas that look at me and feel jealous and envious.  They wish they could be half the man I am but of course we know THEY NEVER WILL BE.  I stand out everywhere I go and get treated like a celebrity.  One of my beta “friends” came by my house the other night and brought some chic with him that hes been hanging out with.  When they rang my doorbell I made to answer the door shirtless to see the girls reaction.  The girl was actually pretty hot. The moment she saw me her eyes lite up wide and a big smile came across her face.  Her panties got instantly drenched.  I introduced myself to her gave her a hug and made sure she could feel my rock hard pecs on her face.  My friend looked confused and didn’t know what was going on.  We all hung out upstairs in my house.  She made it pretty clear to my friend that she only liked him as a friend.  Like always I acted like a cocky dick and teased my friend while she laughed her ass off.  When she went to the bathroom I told my friend that I was gonna hook up with her and he said he didn’t care. We ended up going in my room to watch TV. I layed down right next to her on the bed and started biting and licking her ear.  She laughed and giggled and whispered to me she felt bad because the beta friend was there.  I told her not to worry about it and started to make out with her.  She ended up on top of me naked while the beta sat there dumb founded.  He eventually walked out and left my house all pissed off.  I ended up plowing her in my bed and in my jacuzzi.  She sucked and jacked off my cock telling me over and over how amazing and big it was.  We fucked all night and all morning.  I plowed her like a pornstar and busted multiple alpha loads all over her.  I fucked her cunt so hard that it almost was swollen shut.  The next day the beta blew up my phone and bitched at me like a little girl.  He should feel privileged that he had the chance to bring me a hot chic to fuck.  Anyone that comes to my house and brings over a hot girl with them should know whats going to happen.  Ill end up fucking the girl while they watch with their small dick in their hand.  Betas should pay me for the privilege to watch me fuck their slutty girlfriends.  I cant imagine how many chics have screamed out “RONNIEFLEXXX” when they were in bed with their inferior boyfriends.  The alpha always wins while the beta always feels defeat.  That happens in every aspect in life.  You were all born to $erve me. 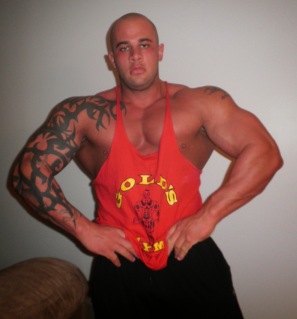 I got a package from amazon in the mail Friday that I wasn’t expecting.  I opened it and it was two jugs of muscle milk protein from my amazon wishlist.  The note left inside read “Thank you SIR” from a slave that I never talked too.  I posted a picture of the package on my twitter. This slave realized that I was a legit alpha god from just reading my blog entries and looking at my pictures.  It knew that I deserve to be showered in gifts.  When I signed on skype that night I got a message from the slave telling me it was the one who sent me the amazon package and that it tracked the package all the way to the exact time I received it.  It then gave me its teamviewer login and password and told me it was ready to be U$ED.  The slave watched me on cam in awe while I controlled its paypal and sent myself a ton of tributes.  The slave thanked me for taking its cash and that it was relieved to finally find a legit alpha god to $ERVE.  Slave told me it had to sign out but would be online the following night for A bigger and intenser cash rape.  I laughed and told it that I was gonna add a few things to my amazon wishlist and that it would buy everything I tell it too.  The following night the slave signed online and gave me its teamviewer to be controlled.  The first thing I did was send myself a few tributes on paypal.  I then went onto the slaves amazon account and bought all of the stuff on my wishlist including a new leather couch set.  The slave said that I was amazing and that I deserve more CA$H.  I laughed and flexed my huge alpha muscles.  I signed back on to the slaves paypal while it helplessly watched.  I really wanted to drain this cunt and take everything.  I started taking $500 tributes.  The slave said that it never felt so helpless and weak in my presence.  Last night the slave messaged me again with its teamviewer loaded and ready to be controlled.  I took more $500 tributes and did another huge shopping on amazon with its CC.  Slave told me that it will eventually just give me its paypal password so I can take whatever I want when I want.  It already acknowledges that i’m in total control and that it can never resist me.  When I get its paypal password i’m going to change it so it wont even be able to access it.  I plan on sending it screenshots of all the massive transactions I make.  There’s going to be packages coming to my house for weeks from amazon.  $laves realize that i’m $UPERIOR to all the moment they hear my voice and see me on cam.  The power I have is UNSTOPPABLE.  My deep cocky alpha voice will make you TREMBLE.  Just fall to your knees in awe and give me whatever I TELL YOU TOO.  I was born to rule while everyone else was born to $ERVE.
RONNIEFLEXX ON YAHOO AND SKYPE 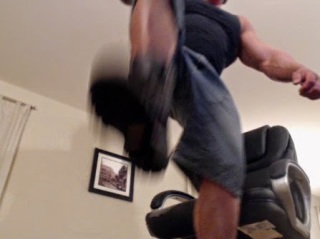 One of my $laves had the privilege of meeting me real time last night.  It drove down from New York and got a hotel room in one of the casinos in AC.  I told the slave that I was in a pissed off mood and that I was going to take it all out on him.  I packed  a suitcase full of things to use to inflict humiliation and punishment.  Once I arrived to its hotel room it was already on all fours like a dog with my fag cash in its mouth.  I shoved my nike shox right in its face and ordered it to stick all of its fag cash in my shox heels.  It thanked me for taking its cash then proceeded to lick each sneaker until they were spotless.  It eat the dirt and grime right off the sneaker soles and shined them with its fag tongue.  I laughed and kept barking orders at the slave while it stared at me in fear and in awe.  While it was busy licking and worshiping my shoxs I pissed in a cup that was sitting on the table.  I stepped back with the glass in my hand and threw my piss all over the fags face and in its mouth.  The faggot thanked me and told me that my piss tastes like expensive champagne.  I took my leather belt and started whipping the shit out of it.  I whipped the slave so hard my arm started to cramp up. I then put a my belt around its fag neck and used it as a leash.  I walked it all over the hotel room and truly treated it like an object.  I dragged it over to the wall and ordered the cunt to slam its own head into the wall as hard as it could. I laughed and screamed at it while it kept slamming its head until it was ready to pass out.  The fag looked a little woozy so I pulled out my big alpha dick and showered it with my piss.  The smell and taste of my piss woke it right up.  I turned the slave into a human urinal and treated it like an object.  I put on several different pairs of sneakers and had the slave lick and clean each pair with its fag tongue. After it was finished shining each pair spotless,  I told the fag it was time for it to eat.  I took my socks off and took a pair of nail clippers out of my pocket.  I clipped every toe nail right into the cunts mouth.  I could hear the slave chewing and crunching on them.  While it fed I kept spitting thick luggies in its face and even its his eyeball with one.  I pissed in the fags mouth so it had something to wash down the toe nail clippings with.  When I left the room smelled like a public restroom and the cunt was left in a huge puddle of alpha piss and spit.  The slave texted me afterwards and told me that it was an honor to serve me.  It said it never felt so powerless and helpless in its life.