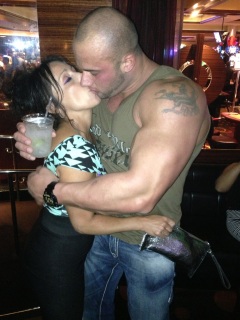 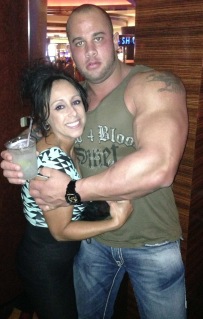 My friend from the gym and I went out to Harrahs casino last night and went to club called the Pool.  We walked around and were being stared at like celebrities by just about everybody.  A group of girls actually came up to us and asked where we were from saying over and over that we were way to hot and totally didn’t fit in with the rest of the crowd LOl.  After getting drinks at the bar we went upstairs to the outside part of the club.  I saw a group of girls sitting down in the corner of my eye totally staring at me like a piece of meat.  I went up to them and started talking to all of them.  It was the one girls birthday and they were all celebrating.  They were all in their mid 30’s but pretty fucking hot.  I started talking to the hottest one in the group.  She was half Italian and half Greek.  Definitely a smoking hot milf but just another cum dump in my eyes just like every girl is.  My boy talked to the birthday girl who was pretty hot as well.  We ended up going downstairs and danced with them on the dance floor.  Within a few minutes I was making out with this chic while my boy was hooking up with the other one.  The club ended up closing so we all left together and hung out in the other bar in the casino for a little while.  The two chics eventually told us that they were married and that their husbands were at home LOL.  The one girl actually had to step away for a few minutes to talk to her husband on the phone to check in with him.  The two chics started asking my friend and I if we’ve ever been in orgy’s and other crazy sexual situations.  We looked at each other and laughed.  Then they tried acting cool like they were just “joking” and thought because we were so hot that we had to of fucked a ton of girls.  Of course I told them i’m totally not like that and that I actually date girls and treat them really good HAHA.  Finally we ended up  going in the elevator to go upstairs to their room to just hang out.  As soon as the elevator got up to their floor and opened these women turned WILD.  The one grabbed my friend to take him to their room while the hot one I was with grabbed me and sat me down on a couch that was totally out in the open right next to the elevators.  She starts making out with me grabbing my dick taking her clothes off telling me shes fantasized about having sex in public.  I couldn’t help but laugh but started finger fucking her while she had my dick totally out jerking me off.  I heard the elevator door open a few times and actually saw people come out and just stare at us while we were full blown having sex. This chic was totally naked riding my cock screaming and didn’t give a fuck while her panties and clothes were all over the floor.  She has nice fake tits a tight ass and literally not an once of fat on her.  We fucked on the couch for a while.  After that we ended up going back to the room.  My boy was plowing the other married slut while the girl I was with pulled me right into the bathroom.  We both got totally naked and just went at it for a good hour.   She begged and begged for me to just come all over her face.  She got on her knees sucked my dick and I shot all over her face and even in her hair.  Then we went in the shower and fucked in their for another good hour.  By the time we were done it was 9:30 in the morning.  The funniest part was that this chic had a tattoo of her husbands name on her one tit and I made sure to get a nice cum load right on it.  This girl was totally out of breathe worn out and told me shes never been fucked like that before in her life.  I just laughed and put my clothes on.  My friend and I then left without even getting their phone numbers.  Just more girls turned into complete cum slut whores by alpha studs.  I can’t help but laugh thinking about when they went home today kissed their husbands while they had no clue they had two big alpha cocks in their mouth the night before.  Just another normal night for the ultimate alpha god.  Bow the fuck down inferiors and $ERVE because once I own your ass you will be totally fucking HELPLESS.